On my visit to South Africa in October I was fortunate to visit some battlefield and war cemeteries. At the Elandslaagte Naval Cemetery there was one grave where the cross marking the grave had been broken off and replaced. The replacement cross did not however carry the name of the deceased, all that could be seen was: 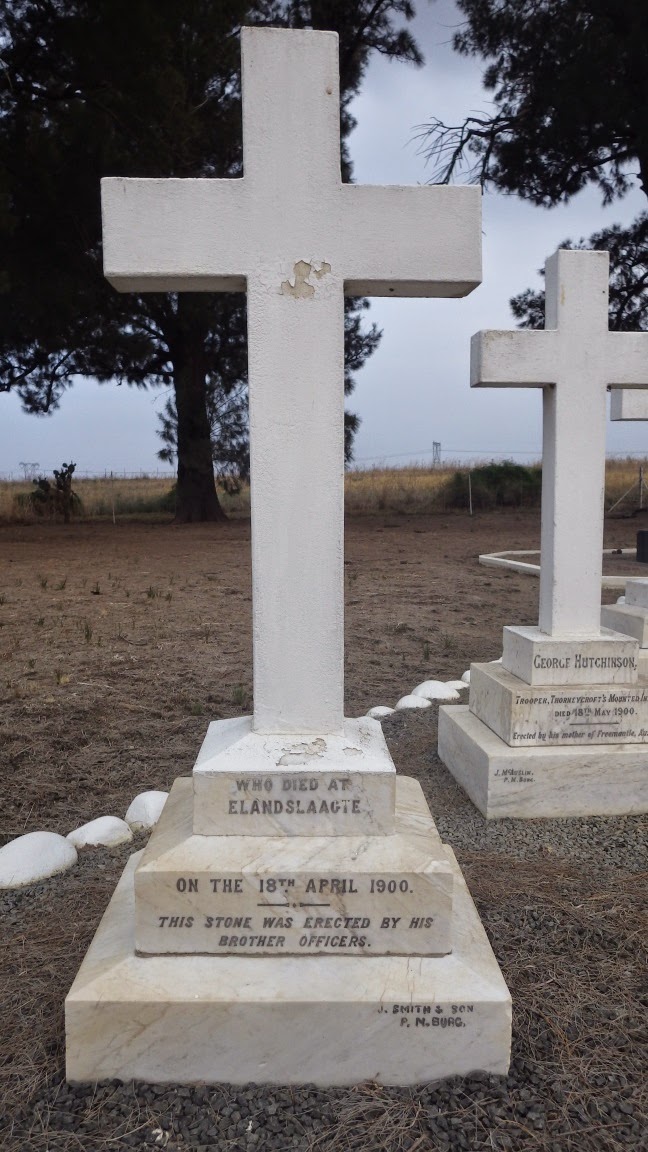 who died at
Elandslaagte
on the 18th April 1900
This stone was erected by his
Brother Officers
Who was this officer?
Using the casualty database built for The Register the only candidate is Captain Samuel Lawrence, 2nd Scottish Rifles. A cross reference with the list of names known to be buried in the cemetery showed Cpt Lawrence to be the only officer without a marked grave.
Samuel Lawrence was born in March 1870, and enlisted as a soldier in 1890. He served  in the ranks for five years before being commissioned in February 1895 into the Scottish Rifles. Cpt Lawrence sailed for South Africa on the 1st March arriving at Durban on the 27th; he died just two weeks later from dysentery. From the 1891 census he may well be the 21 year old Private, born in Ireland, serving with the 6th Dragoons at the cavalry barracks in Brighton, East Sussex.
The Commonwealth War Graves Commission (South Africa) have agreed to look into having the name repainted when they are next at the cemetery.
﻿
﻿
Posted by meurig at 00:04